I actually wrote up a whole article for this show back in college, which you can read online somewhere (I'll link it, I swear). By far, this was one of the most fun rock shows I’ve ever been too. 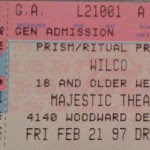 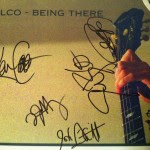 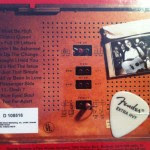 What wasn’t included in the story was what happened after the concert, when I whipped out my WFAL College Radio business card and secured a private meet and greet for myself and the friends who had come along. First we talked with bassist John Stirratt and guitarist Jay Bennett, who told us he had designed the concert tees we had bought. They signed memorabilia, and then Jeff Tweedy joined us for a brief few minutes to say howdy, at which point I mentioned how the station was playing the crap out of Wilco and really supportive of the band, which was appreciated by Jeff, John and Jay, though they clearly wanted to get back to their bus and relax.

SETLIST
Misunderstood
Far, Far Away
Forget The Flowers
That’s Not The Issue
Someday Soon
New Madrid
Red-Eyed and Blue
I Got You (At The End of The Century)
Someone Else’s Song
Why Would You Wanna Live
I Must Be High
Passenger Side
Hotel Arizona
Monday
Kingpin
Outtasite (Outta Mind)
Encore:
Box Full of Letters
Casino Queen
We’ve Been Had
Encore 2:
Gun
Will You Still Love Me Tomorrow?
Labels: 1997 concert detroit jay bennett jeff tweedy john stirratt live majestic theater music review wfal wilco