The Black Sky By The Numbers

It's been a long road to finally publishing The Black Sky. Aside from writing, rewriting, and actually getting the darn thing to people, plenty of other work was involved.

Like any other unrepped writer, I tried to get an agent or publisher interested in the book. That meant query letters, lots of query letters. To my own detriment, I sent out The Black Sky before I should have. The first round of queries occurred before I ended up rewriting the first chapter, which made a significant difference in kicking-off the story. The second round of queries, the book was in better shape, but still had plenty of grammar issues that a quality copy-edit pass would have caught. Overall, here's what querying looked like:

You're probably thinking, "holy cow, Tim, you got an agent!" Well, not so fast. Getting an agent doesn't mean getting published, obviously. Having a literary agent tell you they loved your book and want to get on the phone was thrilling, but it is just the start of another process. Over the course of a year, the lit agent sent out the book to thirteen publishers. None were interested, and since we had nothing more than a handshake deal to start, the agent I parted ways when it was clear the book was going that route.

In retrospect, it was too early. I still hadn't re-written the first chapter yet, and there were other edits/adjustments that needed to occur, plus the grammar issues. The fact the agent took a chance on me was, to some extent, validation.

When I knew I was going down the self-publish path, that meant returning to my roots as a DIY musician. Building a press kit, researching outlets for reviews, and all the other work to get the word out on the book. Here's what those numbers look like:

That doesn't mean I'm done submitting. Some places don't want the query until the book is published. In addition, using positive quotes from advanced copies reviews to build up the press kit will be important not only for new submissions of The Black Sky but also for future books.
There is also the matter of budget.
I didn't set one before I started all of this, I just go to work and built a to-do and calendar, which you can see below. 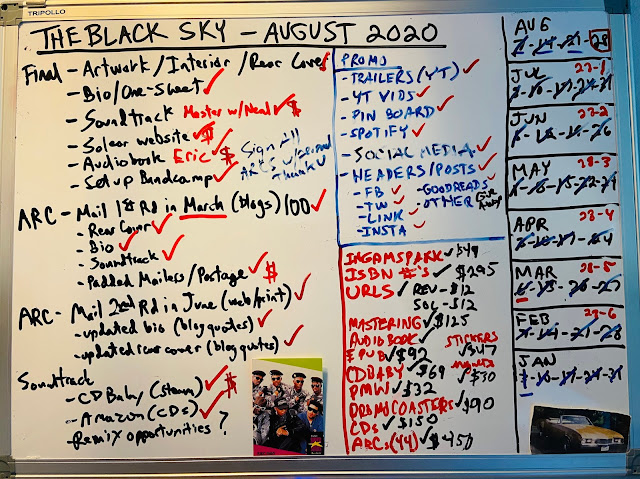 To get the final versions of the paperback, ebook, and audiobook complete, the total ran about $2500. I had read $2000 was the minimum, and I can understand why. Other folks most likely didn't have to deal with things like building websites, swag for giveaways, compact discs for a soundtrack, etc. I took that upon myself because I wanted a certain experience.
Even with this calendar, I still ran out of time in some respects. The audiobook got done, but it is not for sale yet thanks to a lengthy review period at Audible. I ordered copies of the final paperback, but they are still yet to ship. If I was hosting an in-person book release today, I'd be in big trouble.
It took ten years to get here, from the moment the idea for The Black Sky formed, to it being a living piece of work. I believe I wrote the best version of it, and I'm psyched to keep building on the world I've created. So, here's to The Red Sky in 2022. 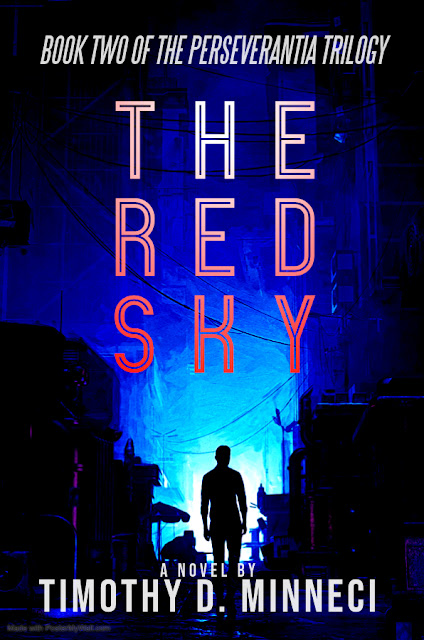