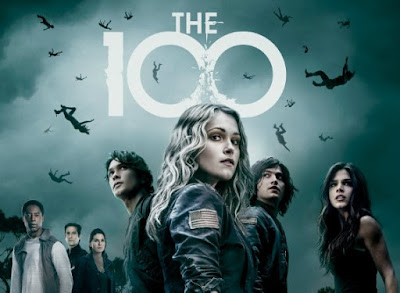 I was a few years late catching onto The 100, but after checking out the first episode of season one, my wife and I were hooked. The first season is morally and ethically challenging with a great premise. Each season builds on exploiting those dilemmas. Even as the setting develops, the story becomes denser, and the backstory more complex. At the core, this show was always about characters and their hard choices.

In terms of quality and logic, the show swung mightily. Rather than become a yearly slugfest of repetition and boredom like The Walking Dead, each season of The 100 posited, "what if we do this insane thing next?" I give the creative team props - they explored nearly every imaginable dystopian, post-apocalyptic tangent they could think of, and then threw in some more for fun.

At some point, creating mythology became the primary driver, and wow did the show get bogged down by it. So much so that season seven, the last season, exists to justify all of it to the detriment of the characters. In service of unlocking the mythology mystery box, major characters like Clarke Griffin act completely at odds with how they behaved in the previous six seasons.

When season six ended, my wife and I turned to each other and guessed how season seven would play out. We were both wildly wrong. From various reports, season seven didn't exactly turn out the way the showrunners planned out either because of an unspecified issue with a cast member. Whether that's entirely true, or an excuse, only they know.

What is known? A prequel spin-off series was a part of the reason season seven unfolded the way it did, with one entire episode described as a "backdoor pilot." The eighth episode "Anaconda" was a massive backstory/exposition info-dump to serve this purpose. I'm old enough to remember how another sci-fi prequel turned out - it was Caprica, the rebooted Battlestar Galactica reboot. It got bogged down by family drama and storytelling that slowed to a crawl. Perhaps compared to the weekly adrenaline rush provided by BSG, there was no way the prequel would compare, even with a strong cast.

When season seven ended, my wife said something along the lines of, "that was a mess of a season with a good finale." Does it matter that the season lacked coherence, ignored characters for long stretches while focusing on others that didn't earn it? I guess it depends on your outlook. Are you just interested in the destination, or does the journey matter?

Like I mentioned, I had a much different concept about what would happen in season seven. For the hell of it, I'm going to lay it out. Is it fully developed? No, I don't have a writer's room at my disposal, so it's pretty bare bones.

First, where did we leave off at the end of season six? Shannon at It Start's At Midnight has a thorough recap. Can I tell you how bored I became of the Sheidheda story-line in season seven? Here's my solution to that - Sheidheda "enters" the ship computer when the flame is removed from Madi and "destroyed." Early on in season seven, there should have been a debate - they know A.I. Sheidheda exists in the ship, and cannot remove him. Do they blow up the ship and guarantee they'll never leave Sanctum? Let that play out over an episode or two, they realize A.I. Sheidheda is figuring out how the ship works, is up to an evil plan, and ultimately decide to destroy the ship. But, it's a dangerous mission, A.I. Sheidheda pulls out all the stops to prevent them from blowing up the ship, and a character has to stay behind to detonate the explosion. Dramatic send-off for a longtime character, yeah!

Next, let's deal with The Anomaly Stone and the Octavia back scribbling-business. Since we have established new planets with season six, finding more planets was...fine. What I was hoping for was not just space travel, but the best sci-fi trope of them all - time travel. When Hope is revealed as Diyoza's daughter, that meant time was in play. What we got was a prison planet where the prisoners just age faster. That's not how I was expected it to play out, and I didn't find it particularly successful. It just made everything confusing at times - how old is this person now? How long were they gone? I'm sure there is a big dry-erase board with timelines and characters and such in The 100 writing room plotting this all out, but personally, it went the wrong way for me.

Here's my second idea for season seven - what we learn from Hope (c'mon with that name, btw) is that the future is completely and royally screwed. The Anomaly Stone is connected to similar Stones all around the universe, and also MULTIPLE universes, in which humans just keeping making the same dumb, selfish, violent mistakes over and over again. Octavia's back tattoo is a map they don't understand yet, but is slowly revealed to be a way not only to get home but to travel back in time before the nuclear holocaust. The group don't know who created the map, and they argue about the consequences if they go down this road - if they travel into the past, how will they stop the holocaust from happening? If they succeed and change the future, what happens to their existence? Are they on a singular timeline, or is this just one potential future? Also WHERE THE HELL DID THESE STONES COME FROM?

Will I pretend to have all the answers? No. This was a two-minute discussion with my wife. We didn't sit down and plot out an entire season of television. What I wanted was a "we have a chance to save billions of lives and reset the course of our history, even if we have to sacrifice our lives for it" moment. This group has always made tough choices, and I wanted them to be faced with the toughest choice of all. They could have still used all the bits and pieces of backstory they've learned in order to succeed, and maybe there was a happy ending to be found. But I can't say I'm a huge fan of happy endings as much as satisfying endings.

This groups entire existence was defined by something they had no control over (the holocaust, the ark, etc.), so make their final challenge, their final test, an opportunity to seize control of their own narrative and existence. Maybe this is too simplistic, but that's what I was hoping for. Instead, they got tested by a mysterious shape-shifting being that turned them into eternal light. Or some of them. The others spent eternity camping together.

So that's my bare-bones take. If you have thoughts, let me know.