From what I had heard, Ben Folds playing with the Columbus Symphony Orchestra would be a special experience. Mainly that was coming from my wife, who is a fan of both. I like Ben Folds, both as a singer/songwriter and a general personality, finding him to be witty and engaging, so I was on board with this unique show. 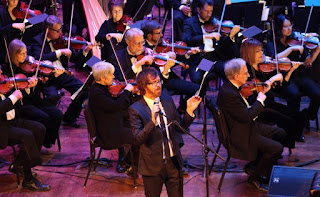 To say it was unlike anything I’ve experienced or could have expected is an understatement. I mean, I know that bands jam, I didn’t know Folds would get the CSO to jam and improvise a song live on stage. That was something. Getting the audience to provide four-part harmonies? Sure, why not. It was fun, at times goofy, but also insanely musical and gave me an even better appreciation for what insane talent was up on that stage.
Labels: 2016 ben folds columbus concert live music review symphony symphony orchestra