Last night I got a chance to do something I've always wanted to do - play a set of Afghan Whigs tunes live. Though my current occasional cover band gig is with RVM playing 1990s Pearl Jam tunes, lead singer and guitarist (and former The Stepford Five cohort) Keith Jenkins new outfit Rival Cities was set to take part in a benefit show called Corona for the Cure at the Big Room Bar, owned by CD102.5. Each set consisted of a band or solo performer covering a band or artists lost to cancer, with sets covering Warren Zevon, the Ramones, George Harrison, The Tragically Hip, David Bowie, and more. 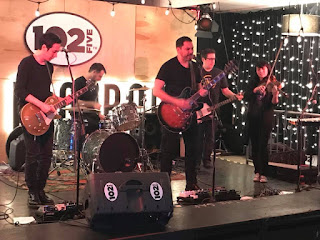 Twice during the Stepford days we finagled a Whigs tune into our sets at Andyman's Treehouse (66 from 1965 acoustically one time, a full band version of Faded from Black Love another), but we never tackled anything like this. Since the regular Rival Cities bassist was unable to make the gig, I substituted, and we quickly added Emily Ng of local band The Salty Caramels on viola and glockenspiel to help fill out the sound, especially since the more recent Whigs releases have played with a broader pallet than just the guitar oriented sounds of the 90s releases.

Through three practices, we pulled together a solid five song set that touched on old and new - Summer's Kiss and My Enemy from Black Love, 66 from 1965, Parked Outside from Do To The Beast and Oriole from In Spades. It was a blast to play the songs, and it's too bad it was a one off, because covering Whigs tunes would be a fun occasional gig, and digging deeper into the catalog would be fun as well. Maybe someday. 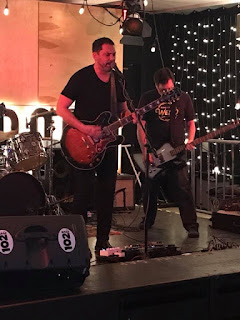 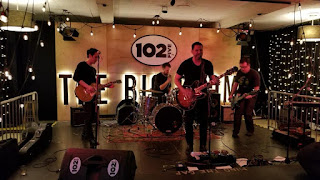 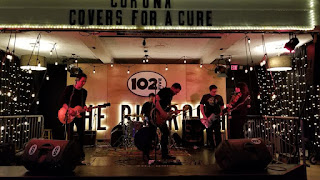