Repeat These Words After Me: Black Love by The Afghan Whigs 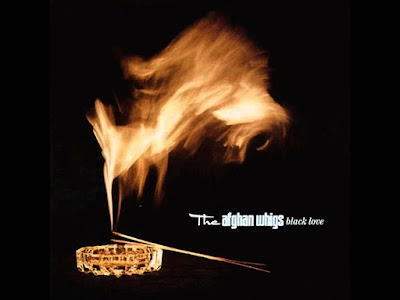 I tend to shy away these days from using words or phrases like greatest, most important, best, etc. when it comes to art, namely movies, books and music. As many who are deeply invested in such things, to apply such definitive tags to something subjective and personal gets tiresome.

Having just played a set of Afghan Whigs tunes for a benefit this last Saturday, I had time to ruminate on their catalog for several weeks as I played our set over and over again, both alone and with the band. This coincided with a recent episode of the Dig Me Out Podcast that I co-host in which we revisited an album by another favorite band of mine, the Manic Street Preachers. Suggested by one of our listeners, we waxed about their 1998 album "This Is My Truth Tell Me Yours," and while twenty years has not dulled my appreciation for the band or album, it did allow me to assess some flaws with the record, namely the weak closing track, something the Manics don't do especially well.

That turned my attention back to the Whigs, and their 1996 album Black Love, from which two our our benefit set songs came from, 'Summer's Kiss' and 'My Enemy.' Black Love has, for my money, one of the best closing tracks of the 1990s in 'Faded.' Greg Dulli is a noted Prince fan, and if this was his attempt to write his own 'Purple Rain,' he succeeded mightily. It is the soaring, grandiose album (and live set) closer so many bands want to write but only come so achingly close to.

In considering this, it turned my attention to the album in whole, and after some serious deliberation, and against my own better judgement, I came to the conclusion that Black Love is, in my very personal, non-binding estimate, favorite start-to-finish album of all time. But what does that mean, start-to-finish? Let me lay it out for you:


So, this is my confession - Black Love, above all others, stands the test of time as a singular piece of work. It doesn't diminish other albums in their discography, nor does it lessen the importance of other artists I admire and love. It's just that, when I put on Black Love, it immerses me from start to finish the way few, if any, other albums do, and that's something to celebrate.
Labels: 1996 2018 albums black love manic street preachers music the afghan whigs