I remember the first time I heard Shawn Smith's voice. Spring 1996, Bowling Green State University during one of my regular shifts at WFAL 680AM. We had a promo cd single for the song "Without Love." It was either in regular rotation, or in our recent released "Currents" stack, from which we had discretion to play a few times an hour.

It didn't slap me upside the head immediately, it was more, hmmm this is different, I like this. It was urgent and soulful, and several years into the alternative explosion of the 90s, grunge, etc., I was diving into other sounds than just heavy guitar rock. First it was the alternative country of Wilco, Son Volt, Uncle Tupelo and The Jayhawks. Around that time, I discovered and devoured albums by Cibo Matto, Hum, Soul Coughing, The Tragically Hip, Poe, Guided By Voices, Tricky and others thanks to our fearless music director Matt Shiverdecker. 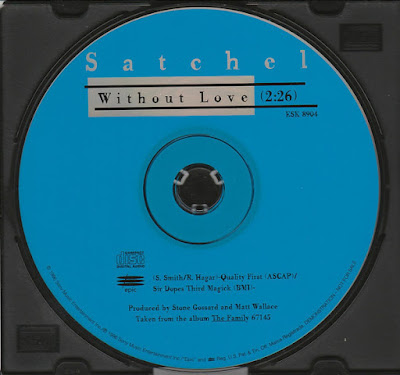 During the summer the album The Family was released, which I picked it up at either Finder's or Madhatters in BG. I wasn't aware A) this was the second album or B) that lead singer Shawn Smith was also in several bands at the same time. Turned out that my friends Keith and Jason we're already ahead of the curve on Shawn Smith, and fans of the first Satchel album EDC, as well the debut album Shame with his other band Brad, which featured Stone Gossard of Pearl Jam.

Borrowing both those albums was, not an exaggeration, a life changing experience. I was already enamored with Shawn's voice, which to my ears possessed an otherworldly quality that was completely and totally unique compared to anything going on in music at that time. I didn't have the musical aptitude to understand the importance of an artist like Prince had on him. To my mind, Prince was a larger-than-life superstar, the idea that someone my age would be making rock music with Prince as a primary influence simply never crossed my mind. Now it is obvious. So I did what every aspiring kid with a four-track and a guitar did, I started aping my heroes and writing tunes. I have some terribly awful wanna-be Shawn Smith demos buried away. The quality ultimately wasn't important - what was important was the inspiration. I was compelled to make music because of what I was hearing. 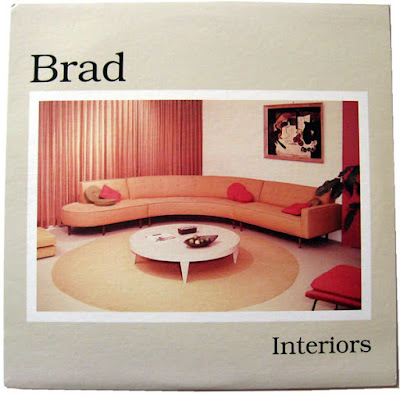 By the time 1997 rolled around, I was eagerly anticipating the release of Brad's second album Interiors. When you build up something in your mind, it's easy to be let down. I remember feeling that way about In Utero by Nirvana or Down On The Upside by Soundgarden. Very good records that didn't hit the sweet spot for me. Interiors hit it out of the park, a damn near perfect record to my ears, in only that I wanted more. I played it non-stop, analyzing lyrics, dissecting guitar parts (or trying to), and utterly obsessed with the song "The Day Brings."

There are few songs that have effected me emotionally the way "The Day Brings" has. Hearing someone sing Hey now / Get your heart, get your heart / Off of the shelf / Make the grey sky blue / Yeah, I'm talkin' to you, such a simple sentiment, but filled with joy and love and life, something which the 90s guitar rock bands were not often exploring. I was no stranger to cynicism and sarcasm, I mean I am a Gen X'er, yet I could not deny this positivity. It would be years later, working in the men's department at a Kohl's, that this song would be come a muzak staple, and I would chuckle to myself with amusement and think DON'T YOU PEOPLE REALIZE HOW GREAT THIS SONG IS?!?


It wasn't long after that I began collecting every piece of music Shawn Smith had produced, whether they were UK cd-singles with non-album b-sides, soundtracks with one new song, remixes or whatever else I could spring for on my measly college budget. When it was announced he be putting out a solo album via a new label in 1999, I grabbed it immediately, and the CD-R printed live album that came out the following year via the short-lived 818 record label.

Throughout the 2000s, I stayed up on his career as more info poured onto the internet. There was the occasional album with Brad or Satchel, plus new solo material, the brief collaboration with The Twilight Singers, the songs on The Sopranos, the Lo-Fidelity All-Stars remix that got some attention, and other moments where we thought he might actually breakthrough, but for whatever reason, mainstream audiences never connected.

When Jason and I started the Dig Me Out Podcast in 2011, we didn't originally intend to have guests, but thanks to the help and encouragement of our friend Chip Midnight, he conducted a few for us during our first year. At the beginning of our second season we conducted our first interview, and got to do something we never expected - interview Shawn and do a deep dive, going track by track, on the first Satchel record EDC from 1994. It was nerve-wracking to talk to someone that we had admired for almost fifteen years, built up in our heads to be someone larger than life, but Shawn was about as nice and laid back as you could hope.

Years passed, and we hoped to have Shawn back to talk about Brad, and in 2017 I even had an all-to brief exchange about possibly putting out some music with his friend and collaborator Happy Chichester. I always wanted more Shawn Smith music out in the world, and if that meant I was going to have to step-up and put it out myself, I was willing to make the investment. Sadly, it didn't happen. Maybe I should have been more persistent, but on the line between persistence and pestering, I tend to gravitate towards the former, perhaps the to detriment of making things happen.

So today, as I sit here listening to a mix of Shawn's music, I'm reliving in flashes so many moments of my life over the last almost twenty five years that have been soundtracked by his songs. My thoughts are with his family, and like so many admirers of his music, my heart is broken right along with them.

So gather around
And see what the day brings
See what makes you laugh
And what makes you sing
Labels: all hail the crown bgsu bowling green brad dig me out finders jason dziak keith jenkins pearl jam pigeonhed satchel shawn smith wfal